Get a healthy, gorgeous smile at James E Sullivan DDS 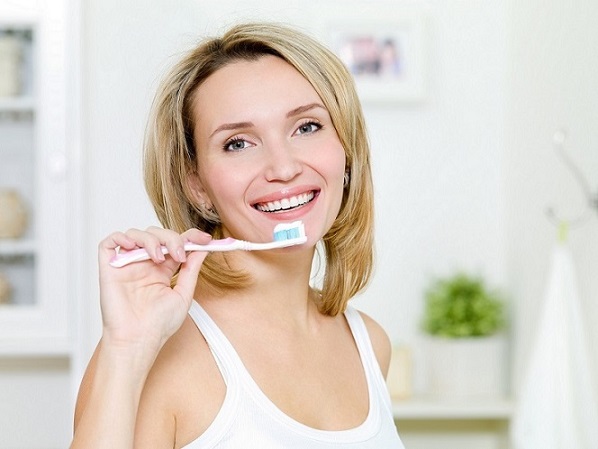 If you live in Fort Washington and have noticed any issues with your gums, the importance of visiting a dentist who provides periodontics cannot be overstated.

Unfortunately, when most people think of good dental health, the first thing that comes to mind is a set of straight white teeth free from cavities. While this is certainly something worth aspiring to, there is another extremely important part of the mouth patients cannot afford to neglect: the gums.

As a dentist who provides periodontics, James E Sullivan DDS specializes in the prevention, diagnosis, and treatment of gum diseases and will ensure the gums are healthy and that any underlying issues are diagnosed and treated before it is too late.

Periodontal disease is an inflammatory disease that infects and destroys the tissues and bone that surround and support the teeth, with catastrophic results. Because it compromises the underlying structure of the tooth, if the disease is allowed to progress, the patient will almost certainly lose teeth. Unhealthy gums also link to a number of very serious health issues.

While not all the evidence is in yet, initial studies show a link between gum disease and heart disease, strokes, and difficulty controlling blood sugar. Women with infected gums can also give birth to pre-term and low-birthweight babies.

Additionally, the bacteria found in the mouth is the same bacteria responsible for pneumonia and other respiratory diseases. This is hardly surprising due to the fact that when bacteria grow and flourish in one area of the body, they tend to hitch a ride in the bloodstream to various other parts of the body.

In other words, the infection does not stay localized. In fact, it would hardly be overstating the case to say that optimum health is impossible without perfectly healthy teeth and gums.

Bacteria and plaque that settle and colonize on the surface of the teeth are easy to remove. However, the same is not always true for bacteria that collects between the teeth and under the gumline. If not treated in the earliest stage, this bacteria will infect the soft tissues of the gum and eventually attack the bone itself.

Gingivitis, which is the mildest form of periodontal disease, causes the gums to become red, irritated, and swollen. They are also likely to bleed easily when one brushes or flosses. While there may be little or no discomfort at this stage, it is imperative one receives treatment right away.

If one does not, the gingivitis will, in all probability, advance to the much more severe periodontitis. People will notice the advancement with the formation of pus-filled cavities that will destroy the bone supporting the teeth.

In treating periodontal disease, the primary goal is the elimination of plaque and tartar. Depending on the scale and severity of the disease, we may have to scale the teeth with a metal scraper and/or an ultrasonic instrument. Also, if the space between the teeth and gums exceeds a certain measurement, we may also need to clean out these pockets.

In a worst case scenario, we may have to de-scaled the roots in a process known as root debridement. The process removes the tartar and renders the area less susceptible to bacteria.

After we successfully remove the bacteria, the patient will need to adhere to a strict oral hygiene routine to ensure the problem does not re-occur. A couple of follow-up visits are also the best option to ensure complete recovery.

If you live in or around Fort Washington, periodontics may be your only chance to fight gum disease, save your teeth, and once again have a healthy smile.

Learn How a Periodontist Can Improve Your Health and Appearance

If your dentist refers you to a periodontist, there is nothing to be alarmed about. While the name sounds imposing, a periodontist is a dentist that specializes in periodontal diseases that can range from simple …

Periodontics Can Help Your Gums Look and Feel Better

Periodontics is the diagnosis, prevention, and treatment of periodontal disease, which is the inflammation and infection of the gums, ligaments and bones which support the teeth. As a general dentist, we treat both gums and …

Have you heard of the term "Periodontics"?  If not, you are like many of our patients.  This area of dentistry focuses on the health of the gums.  It is not widely known, and so most …

Keep Your Kids Healthy With Help From a Pediatric Dentist

The biggest challenge a pediatric dentist faces does not come in the form of cavities, but in parents who do not realize how prevalent pediatric dental disease is. When you start to look at the …

Reasons for a Full Mouth Reconstruction »
« Preparing for Dental Surgery: What You Should Know